This topic has been deleted. Only users with topic management privileges can see it.
last edited by DarkCisum
0 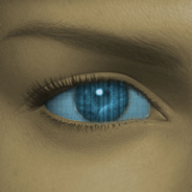 It's sad that we never got dig deeper into Firefall's lore while playing the game. While claims had been made, that there are plans for expansions for many years to come, it's unclear how much was really written down and how much was more a vague idea in the heads of various people. As seen by Mark Kern's story about the original lore ideas, it's not uncommon for a story to go in different directions that originally planned.

It's no different with the following account that is directly taken from some images that somehow surfaced. Some of the story makes sense, while others don't seem to fully fit the story we got to explore ourselves in the game. Whether it's the "true" lore or not, I believe it does give some insights into the story behind Firefall regardless.

The lore of Firefall is built around three factions that either fight or embrace The Melding. Each faction is made up of two sub-group races.

While we players will only think of The Accord as humans fighting The Melding, there were two different races planned who fight under the banner of The Accord. 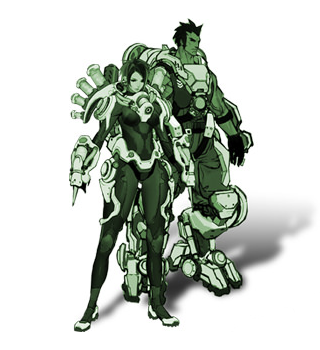 Humanes are the remaining people of Earth that have survived the initial impact of the Melding, unchanged. They are essentially "us" one-hundred years into the future. Civilizations have been reset as a result of "Firefall" (the day The Melding struck Earth).

They have teamed up with the marooned Falcari to use shared Repulsor technologies, powered by newly discovered energy sources, in their fight to reclaim their planet. 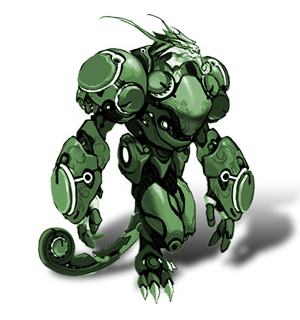 They have teamed up with humanity to increase the power and range of their Repulsor technology in order to blast The Melding free from Earth. Some wish to settle on Earth to start a new home with their human allies while others see the alliance with Earth's "primitiv" race as only a temporary arrangement.

The more intelligent creatures we got to fight in the game. 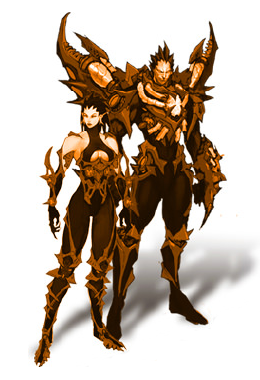 Dark Ones are former human cultists transformed by both exposure to the "Sacred Stone" (Probe Seed) they worship and The Melding itself. When the Probe Seed struck Earth during ancient times, it was discovered by a man who gained psychic powers from it. These powers enabled him to prophesize the arrival of The Melding to Earth and he formed an apocalyptic cult based on his visions. Over the millennia, this followers have remained nearly invisible to society. His cult is believed to be responsible for the myths of vampires, werewolves and various conspiracies throughout history.

Their mutations have granted them adaptions to survive in the "Afterworld." They believe The Melding will create a paradise for them to rule over as gods and patiently wait in already terra-formed lands sustained by psychic shielding. 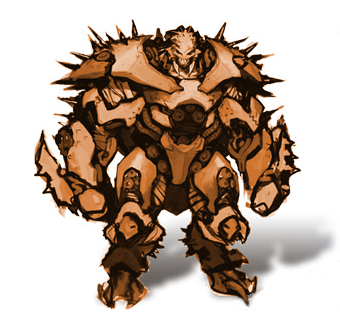 The Rakshar are aliens from the Melding. They are the race suited to live in the "Afterworld" and are the offspring of The Melding's creators that seed worlds after they are terra-formed.

They were convinced of Sartrune's vision of a paradise "Afterworld" by the Dark Ones and follow these mutated humans as their enforcers. Some Rakshar believe a greater destiny awaits them when The Melding completes its terra-formation and simply follow the Dark Ones until that day comes.

The faction we may only have heard of from plans with Ascendants, but never got to actually see in-game. 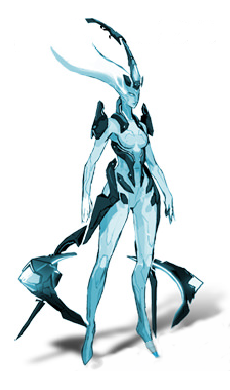 Celestials are the true beings of the Communion and are made up of pure energy that is contained within cybernetic suits. They are essentially the "ghosts" the have elected to remain free of host bodies and will eventually burn themselves out.

The Celestials see themselves as the last true custodians of the Communion. They seek to destroy The Melding using a nano-virus and also with to assimilate Earth's populace to maintain and strengthen the Communion. As beings of pure energy, the discovery of Earth's Melding-infused Resources gives the Celestials hope that the Communion will be sustained indefinitely. 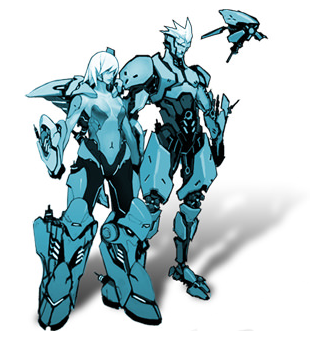 Ascendants are humans that have been cybernatically transformed by a synthetic alien race. A second, symbiotic "ghost" now occupies their mind alongside their human soul.

They wish to destroy The Melding using a nano-virus to both avenge their lost homeworlds and claim Earth as part of their collective. The process will assimilate the entire planet and transform it into a synthetic paradise for the Communion. 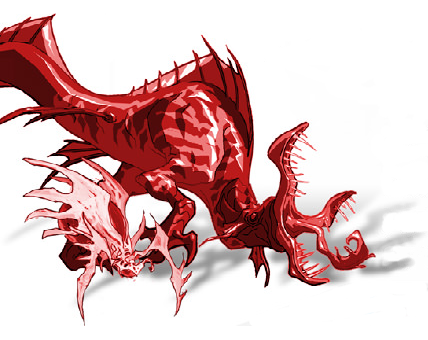 The Melding is an alien bio-technological entity that sources deep space in search of planets capable of sustaining life. It spreads Probe Seeds across the galaxy and follows their pheromone trails to locate suitable planets. When it finds its goal it terra-forms the planet, creating a suitable world for its creators...a world that is no longer habitable by its native species. This alien construct has subjugated many worlds on behalf of its conquering creators.

It is terra-forming the planet by consuming all matter and redistributing it. The process has obliterated nearly all flora and fauna and has released new sources of energy in its wake. New plants and animals have emerged form the holocaust infused with alien DNA from countless worlds.

The Melding has encountered obstacles impeding its progress. The Falcari's Repulsor technology, fueled by the powerful resources released from the churned up Earth, has successfully pushed back portions of The Melding, allowing Earth's remaining population to regain a small foothold. The interference from the Communion's nano-technology has also disrupted The Melding.

There are two types of creatures brought about from The Melding's impact with Earth: Melding Span and Alien Fauna:

Melding Spawn are effectively anti-bodies produced by The Melding to attack any and all perceived threats to The Melding's terra-forming process.

Alien Fauna are creatures infused with alien DNA and released from The Melding to live in the new world it created. Because of interference, these creatures and the landscapes left in The Melding's wake are create from countless worlds beyond just the creators' intended specifications.